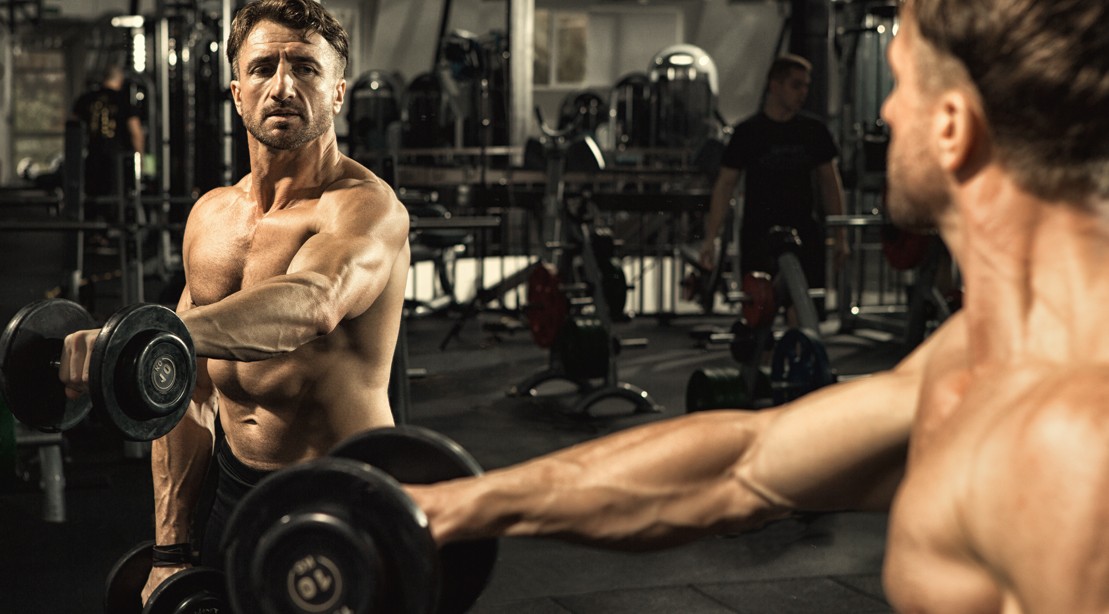 In the 1960s, Arthur Jones suggested the opposite (an isolation exercise performed immediately before a compound exercise) and referred to it as pre-exhaustion training.

The idea behind this form of training is to avoid the situation where a smaller muscle group fails before a large muscle group during a compound exercise. A simple example would involve the triceps fatiguing before the pecs in a bench press. Now let’s take this training method to the next level.

You may be familiar with the post-exhaust training method. Basically, it involves a compound exercise followed by an isolation exercise.

Causing maximal temporary exhaustion in a muscle results in more muscle damage and the accumulation of more metabolic byproducts, both of which are important in muscle building. But be careful not to overdo it with this type of training.

It’s easy to over train and become stagnant, so listen to your body and maximize your recovery.

Here are the training parameters:

Jon-Erik Kawamoto, CSCS, CEP, is a Strength Coach and Fitness Writer out of St. John’s, Newfoundland, Canada. He contributes regularly to many major health and fitness magazines and websites and is currently in the middle of a master’s in exercise physiology at Memorial University. Check out more of his work at www.JKConditioning.com and follow him on Twitter at @JKConditioning.