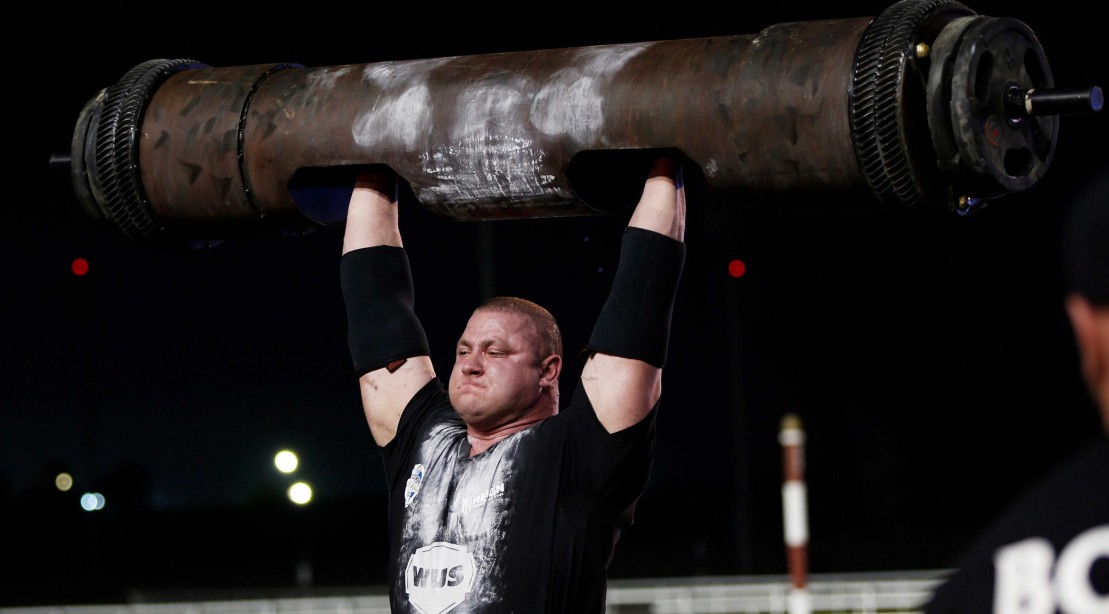 The world’s strongest men will be lifting sandbags, barbells, and money for a good cause at the Arnold Strongman USA competition on Jan. 18, 2020.

Arnold Schwarzenegger announced on Instagram that he’s bringing his Strongman competition series to the Santa Monica Pier next month for the second year in a row. Rising star Martins Licis won the inaugural event earlier this year.

The winner will earn a spot at the 2020 Arnold Pro Strongman Classic at the Arnold Sports Festival in Columbus, Ohio next March.

“I’m very excited,” Arnold says in the video, which you can see here.

The Arnold Strongman USA competition is back on the Santa Monica Pier January 18, 2020. You can get your tickets at the link in my bio. The best part about this competition is that a portion of the proceeds will be going to support the Ventura County Fire Widows & Orphans Fund, the Santa Monica Firefighters Relief Fund, and the CalFire Benevolent Foundation. Our California firefighters are the bravest and best in the world and they deserve to be recognized for the hard work they do each and every day to keep us safe. That is why we have put together the World’s Strongest Firefighter Competition, so firefighters from all over the world can go head to head with the audience they deserve. Reserve your spot at the link in my bio.

Thirteen competitors have been announced for the event, though a notable omission is four-time World’s Strongest Man Brian Shaw. Hafthor “The Mountain” Bjornsson will appear at the show as a special guest, but will not compete (he earned qualification for the 2020 Arnold Sports Festival by winning the 2019 competition).

It’s guaranteed to be a great show, with five feats of strength announced: a log clean & press for reps (380 pounds); a 400-pound Farmer’s walk; a sandbag throw over a 15-foot bar; deadlift for reps (775 pounds); and a Strongman sandbag load.

It won’t just be Licis and other strongmen competing at the show, though, as Arnold also announced there will be a World’s Strongest Firefighter Competition there as well.  A portion of the competition’s revenue will also support the Ventura County Fire Widows & Orphans Fund, the Santa Monica Firefighters Relief Fund, and the CalFire Benevolent Foundation.

California, the state Arnold previously led as governor, has been ravaged by wildfires in recent years and firefighters have struggled to contain many of them. The Strongman show is not only a great way to entertain the masses, but also support our first responders.

To purchase tickets or find out more about the show, click here.